NAWALPARASI: The sample of the iron ore extracted from the Dhaubadi iron mine at Nawalparasi has been found to be of good quality.

The government has moved ahead the iron mine as an important venture. The quality of the ore was found of high quality after carrying out test in Chengdu of China.

While making public the achievements made after he assumed the responsibility of the Ministry of Industry, Commerce and Supplies, Minister Lekhraj Bhatta said the test of the iron ore from Dhaubadi has been conducted successfully.

The Ministry has already formed the Dhaubadi Iron Company Limited to extract iron ore from the iron mine at Dhaubadi of eastern Nawalparasi in December. The Company is housed at the office of the Department of Mines and Geology.

The budget for the current fiscal year also includes the topic of establishing an industry by extracting ore from this mine located at Dhaubadi hill, Hupsekot Rural Municipality of east Nawalparasi.

With the completion of the necessary study about the iron mine and confirmation of the good quality of the ore, the government is preparing to carry out mining and producing iron as per the need.

The Ministry had sent five tonnes ore to Sichuan institute of Metallurgical Geology and Exploration, Chengdu for carrying out the necessary tests regarding the quantity of the ore that could be extracted and the quality.

Minister Bhatta mentioned the successful testing of the ore at the Dhaubadi iron mine as one of the achievements during his 10 months in office as Minister. According to the Ministry, a 10 kilometres iron ore deposit has been found at Dhaubadi.

The then Minister for Industry, Nabindra Raj Joshi had also allocated budget for the construction of an approach road to the site of the mine. The mine is 24 kilometres north of the Dandabazaar on the East-west highway.
Minister Bhatta shared that complete report of the test has been received and further process regarding the operation of the mine would be forwarded.

Likewise, the Ministry is carrying out a study of the iron ore mine in Parbat and copper mine in Tanahu. The preliminary exploration works related to the petrol mine in Dailekh have been completed. This study shows that there is possibility of petrol reserve.

Meanwhile, the Ministry has provided permission for operation of additional 12 mineral industries related to gold, copper, coal, granite and limestone. It is also carrying out study on more mineral deposits in the country.

Minister Bhatta had made an on-site inspection of some mines in Sudurpaschim province some days back. RSS 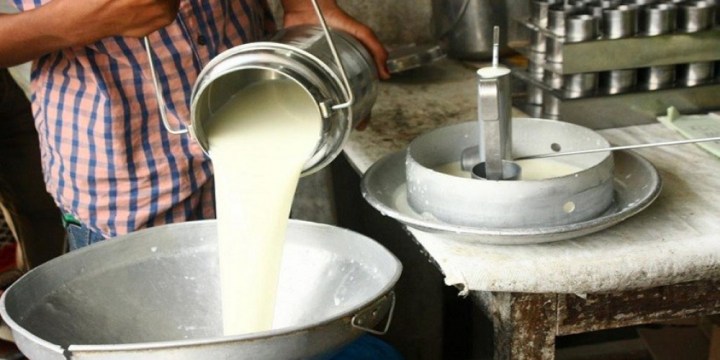